For many, this is a time to make resolutions - things to accomplish throughout the year, or by an upcoming date. Often stated as goals, they're specific and potentially measurable, but they rarely address root issues, so they often fail. There's a lot of writing around the web about this, with a lot of "what to do instead" offerings.

One of the best I've read so far is by author and self-help guru Mark Manson, His recent, Your Goals are Overrated (NSFW or if you're easily offended by language), talks about developing habits rather than setting goals or making resolutions, and he offers six habits he considers worth cultivating: exercise, cooking, meditation, reading, writing and socializing. These all come with various benefits, both immediate and compounded.

Invest in you; you're worth it


My takeaway, though, is his distinction between spending and investing. And having read this, I've decided to have a theme for the year, and it's "invest". My time, my energy, my money. Everything. This is a really a mindset shift for me; while I'm not unfamiliar with investing, to think about so many things from this perspective suddenly makes so much sense. I may say more about this over the next few months.

Typically I take the first few weeks of the year to reflect on the year prior and imagine, dream and set intentions for the year ahead. I know big changes are coming, and they're probably even overdue. But I haven't yet taken the time these first couple weeks of the year.

Because ... time... that's one thing I anticipate having more of soon.

As I reflect, I recognize that sometimes we have to cut our losses and move on. Circumstances and people change, and we often don't have control over what changes around us. But we can control how we respond, and as I just mentioned to my cousin who's having to deal with a family issue that shouldn't be, we can make ourselves insane trying to make sense of things nonsensical. It's not worth it. 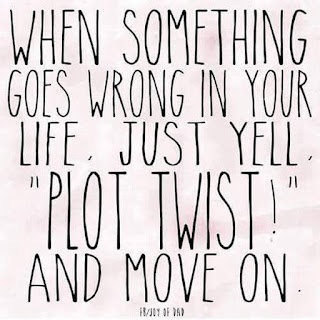 I've learned that what happens in our lives is often an opportunity to grow, and while hindsight usually illuminates this, it's not always easy in the moment. However, my fears are usually unfounded or carry no weight. I don't have to create meaning where there isn't any, because the meaning I create isn't usually in my best interest. Mindfulness is important when change is imminent and I am paying attention, reflecting and planning.

Onward. Upward. ... Invest. In my well-being, my intellectual pursuits, relationships, creating my future... the list of what to explore is long, but it is also intentional.
Posted by Laura McLeod at 8:43 PM No comments:

This blog began as a gardening blog but has metamorphosed to cover all things growing - in particular my - and our collective - personal journey. Life takes some interesting twists and turns, and while the garden is a very special place for me, it's become a smaller priority in the face of bigger things.

The beginning: In March, 2009, I learned about Urban Garden Share. My partner and I had talked about sharing our space, and this fit perfectly. We previously shared our yard with a neighbor and friends, but our friends moved. So with help from UGS, we created a community garden and have met and gardened with delightful people we now call friends. Located in north Ballard (on the cusp of Crown Hill), this place was a family garden for over a century.

The blog is still about growing things. As I strive to find my voice as I make changes in my life, it's more focused on growing self: self-awareness; compassion, acceptance; about growing community: our interconnections, shared insights, and collective action; and about cultivating those things that sustain us - our passions, our health and wellness, fun and play, learning and knowledge. And yes, it's also my eclectic collection of observations, experiences and thoughts.

I hope you find something to relate to here. Please don't hesitate to share your thoughts with me.

You can find out more about me and what I do on my website.

Books worth a look